Our concerns about XR’s praxis operate across three fundamental levels: their tactics (how they carry out their actions), their organisation (how they are structured), and their strategy (their longer-term plan for action):

Tactics: XR’s positioning of the police and security forces as tactical allies, and their method of seeking as many arrests as possible places those who participate in their actions in unnecessary danger. It provides a propaganda service for the police and prisons, who will only ever be enemies in the fight for ecological flourishing. It also creates significant dangers for other groups involved in direct action and collective struggle, including those who work with XR and those who may form in the future.

Organisation: those who take part in XR’s actions do so at considerable personal risk, yet the gains from this are accrued by its leadership. Furthermore, despite nods to non-hierarchical modes of organising, XR remains a top-down organisation with little space for dissensus.

Strategy: the manner in which XR leaders intend to take forward the momentum and influence accrued by its actions are deeply flawed. They misunderstand the nature of the crisis, the role of the state, the role of capital, and frequently repeat eco-nationalist ideals. They will lead not to ecological flourishing, but at best to a green dystopia.

In the first part of our critique of Extinction Rebellion (XR) we argued that their tactical approach to direct action - seeking to get participants arrested, prosecuted and imprisoned - is dangerous, both to those particip0ants and to the future of collective mobilization against ecological crisis more broadly. In Part 2, we switch from a focus on the tactics employed by XR to its organisational form and, again, find it severely lacking.

Some commentators have focussed on XR’s organisational structure to explain its remarkable rise. Yet whilst such a method is useful for explaining its success in mobilizing large numbers of people, it risks functioning as a form of ‘institutional fetishism’, abstracting formal institutional structures from relations of power.

We offer two broad critiques here. First, that XR’s ‘leaders’ gain from the risks undertaken by its participants; and second, that XR’s claims to nonhierarchical organising obscure the ways in which informal hierarchies and structural oppressions operate within the group. These arguments should not be understood in absolute isolation from our tactical critique, nor from the critique of XR’s broader strategy […]. Were XR more open to internal and external dissent then it would have adapted its tactics, whilst its politics of exclusion are in part tied to its strategic desire for good ‘optics’ in order to enact change through mainstream channels.

As in the first part of our critique, we want to make three things absolutely clear. Firstly, our critique is focussed on XR in the UK. Those of is involved in writing this critique are UK based, and we feel we have sufficient knowledge of XR UK to make these arguments. We are aware that XR groups in other countries differ in their tactical, organisational and strategic approach to combating ecological crisis. Inasmuch as they repeat the modes we critique our analysis applies to them; inasmuch as these modes differ, they do not (though other criticisms may, and we would welcome further interrogation of XR beyond the UK). We also add a further caveat here: that there is increasing struggle within UK XR. While we are sceptical about the possibility of this transforming XR for the better, it is a welcome development and we discuss it at length below.

XR is not, of course, a profit-seeking company. Yet just as Amazon’s profits are ultimately dependent on the labour of its employees, XR’s ‘success’ is due to participants. More specifically, it is because XR participants put themselves in considerable danger (from the police and state violence discussed in part one) that XR is achieving such notoriety. Participants will of course say that they are taking these risks for the planet, for each other, for the world’s poor, for their children, and for the environment. We do not doubt their sincerity. Yet we cannot help but think that their actions primarily help XR reproduce itself, and in particular bolster the power of XR’s ‘leaders’.

Scholars of institutions have often noted that institutions ostensibly focussed on an external goal often end up expending resources on self-reproduction. XR’s model, which is reliant on media attention and the frequently enormous donations they bring, makes it particularly vulnerable to this failing (in addition to the enormous amount of crowdfunding money, substantial donations so far include £500,000 from a Hedge Fund (https://www.theguardian.com/environment/2019/jul/12/us-philanthropists-v...), £200,000 from Sir Christopher Hohn, a man who has significant stakes in Ferrovial, the company that runs Australia's brutal Nauru and Manus migrant detention camps, and "is one of the main private airport investors and operators in the world" (including Heathrow) (https://www.cityam.com/extinction-rebellion-patron-buys-stake-in-heathro... https://www.amnesty.org/en/latest/news/2017/07/ferrovial-continues-to-bu... https://www.ferrovial.com/en/business-lines/airports/about-airports/); seed funding from Lush’s foundation, between €20-40,000 from the Guerilla Foundation (https://guerrillafoundation.org/grantee/extinction-rebellion/); and the proceeds from Radiohead’s OK Computer demos (https://www.theguardian.com/music/2019/jun/11/radiohead-release-hours-of...) and The 1975s’ song ‘The 1975’ (https://rebellion.earth/2019/07/25/thank-you-greta-thunberg-the-1975-eve...)). The strategic placement of XR’s logo during protests-which help ensure it is widely distributed throughout visual media-is evidence of our concerns here. We would also point to stunts such as the XR ‘crop circle’ (https://www.bbc.co.uk/news/av/uk-england-wiltshire-49116196/giant-crop-c...) at Womad Festival: ostensibly designed to ‘highlight climate change’, all it actually does is highlight XR.

the opportunities generated by XR’s position remain unevenly distributed, and are too frequently afforded to its ‘leaders’: in particular XR founders Roger Hallam and Gail Bradbrook.2 Since XR’s rise to prominence Hallam and Bradbrook have, between them, written for The Guardian, The Ecologist and The Telegraph; been interviewed by The Times, BBC television’s Victoria Derbyshire programme, Today on Radio Four, BBC Radio Four’s Profile, the Financial Times, the Evening Standard, the Morning Star, Chris Hedges on RT America, RT UK, Sky News, the Korea Times, the Sustainable Food Trust and on Good Morning Britain; been featured extensively in The Guardian’s video documentary on ‘life inside Extinction Rebellion’; and spoken at an Amnesty International conference, Campfire Convention and the HSBC sponsored CogX. Whilst they will not have been paid for many of these (and may have channelled funds back into XR where they have been, though they should be clear about this), their voices dominate media discussions of XR and, by extension, they have become the movement experts on ecological crisis. Whether their intention or not, they are building the foundations of solid careers off the back of the actions of XR participants. This is analogous to the relationship of boss to worker under capitalism and to Trotskyist groups, where leaders draw wages and expenses from money raised by rank-and-file members selling papers.

The protest at Canning Town — one of three London tube stations targeted at the end of two weeks of large-scale disruptions in the city — highlighted what many argue is the problem with mass environmental movements: they are too white, too middle class, and lacking in empathy for the least well-off in society.

A 2014 University of Michigan study that looked into 293 mainstream NGOs, foundations and government agencies found that the “current state of racial diversity in environmental organizations is troubling.” It concluded that the percentage of minorities employed as staff or on the boards of the organizations studied did not exceed 16%.

Privately educated in a wealthy area on the outskirts of London, Van Dort said she has long been accustomed to being the only person of color in a room. She said the Extinction Rebellion meetings she goes to are largely attended by white, middle-class people, which doesn’t bother her personally.

“I don’t feel like I can’t go because I’ve always had that my entire life,” she said, “but talking to some of my friends who aren’t white and aren’t middle class, they say it’s not for them.”

What are you doing to dismantle your middle class white privilege when participating in XR protests?

If you are doing nothing and you feel that the impending climate crisis is more important and needs to be prioritised over inclusion of all, then you are a climate colonialist.

Now onto the big question: Are XR climate colonialists? With XR’s current approach, many marginalised people continue to be sidelined and de-prioritised in the face of the “climate emergency.” XR’s tokenising efforts to diversify after mass critique all year, but with their continual emphasis on arrest, glamorisation of that arrest, collaboration with the police, open communication with the police risking people’s safety and freedoms, refusal of support afterwards, emphasis on many culturally appropriative festivalised activities – all of this feeds a culture of climate colonialism.

This post is another of hundreds that showcase how many of the white, middle class protestors going to XR protests do not really understand that it is a protest and the risks that involves. The problematic festivalisation of protest has led to numerous inexperienced protestors joining the movement — it’s heartwarming to see how many people care about making a difference and it’s devastating to see how many of them were left unsupported after the last round of protests in London.

I’m a brown, disabled, Muslim immigrant. XRs tactics would put me at a disproportionate risk if I participated. I’m devastated that climate colonialism is happening in front of me and I can’t do anything about it. I’m deeply saddened to see my white friends and peers participate in it without questioning it – or worse, when they have questioned it, they’ve done nothing to push for inclusion of people like myself and those of other marginalised intersectionalities.
From everything that I’ve seen in activism circles, in mainstream media, from the XR official channels, from videos that they’ve uploaded, from their social media — XR has a colonialist problem. It is not a real priority for many who are going to those protests and to participate in them, as well as from the organising team behind XR, to make an actual tangible effort to be inclusive.

If there was, then police collaboration would not be a key component of their tactics.

“Leo – I’m an XR cofounder but stepped back early on. I also told them they were going about it all the wrong way. @emilyapple did too – was the first to properly critique XR. @copwatcher added his considered thoughts to the debate. They just ignored us all and doubled down on It.” 2019. Twitter. https://twitter.com/alanwilliamz/status/1173575383255539712.

pancake_puns. 2019. “ThelLast time I did a thread about an XR action in my city being terrible for disabled people, I got a lot of abuse, but also several nice people telling me in good faith to try engaging with them. […].” Twitter. https://twitter.com/pancake_puns/status/1184770068934266880.

Singh, Gurmeet. 2019. “Does Extinction Rebellion Have a Race Problem?” FairPlanet (blog). May 4, 2019. https://www.fairplanet.org/editors-pick/does-extinction-rebellion-have-a....

Zaczek, Zoe. 2019. “Extinction Rebellion Is Forced to Apologise for ‘cultural Appropriation and Racism’ by Other Climate Change Activists for Using a Naked White Woman with Dreadlocks to Promote Themselves.” Daily Mail Australia (blog). August 19, 2019. https://www.dailymail.co.uk/news/article-7370559/Extinction-Rebellion-ac.... 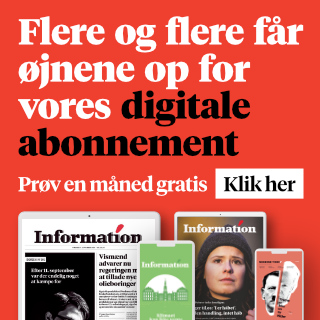