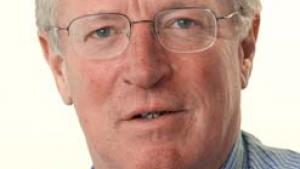 "But right-wing hawks don't typically claim to be champions of the oppressed"
Er det måske ikke det, de har gjort de seneste 11 år? F.eks. Tony Blair 2 oktober 2011:
It is that out of the shadow of this evil, should emerge lasting good: destruction of the machinery of terrorism wherever it is found; hope amongst all nations of a new beginning where we seek to resolve differences in a calm and ordered way; greater understanding between nations and between faiths; and above all justice and prosperity for the poor and dispossessed, so that people everywhere can see the chance of a better future through the hard work and creative power of the free citizen, not the violence and savagery of the fanatic."
Siden 9/11 er befrielse af undertrykte folk blevet brugt til at retfærdiggøre massive bombninger, invasioner og ødelæggelser af stater. Den linkede artikel er så ubegavet og uhistorisk, at det viser meget om Informations nuværende standard at man vil linke til sådan noget.

"The problem for Fisk is that whilst in his prime he was a fantastic war correspondent, he has long moved into a grey area between reporting and comment. I'd imagine this is because he refuses to hang up his notebook and fully embrace expert observer status whereupon his views and opinions can be criticised as subjective thoughts rather than objective reporting.

I'll never forget Fisk speaking in London a few years ago when he said that he came into journalism aiming to write the first draft of history, but then realised it's more important to monitor centres of power. What he is doing now I have no idea."

"The explosion was caused by a car bomb that was detonated in front of al-Hayat, Wafa and the Central hospitals, situated in opposite to the Syrian Hawk
School “al-Neser al-Souri” of Aleppo"

Armenians in Europe appeal to EU not to support the opposition:

The Archbishop of Aleppo appeals to Europe not to deliver arms to the rebels:

Yes it's true," said Sheikh Tawfik Abu Sleiman, a rebel commander sitting on the ground floor of his fourth new headquarters – the other three were bombed. "Around 70% of Aleppo city is with the regime. It has always been that way.

What those who have stayed behind now think of the war raging around them remains difficult to gauge. Since Sunday most residents still in frontline areas have seemed to be leaving. None wanted to talk.

The war's newest refugees passed several pharmacies and corner stores that had been looted but not ransacked. "We take what we need," said one rebel commander. "But nothing more."

Reuters quoted Jacques Beres — co-founder of charity Doctors without Borders — as saying that foreign jihadists appeared to “have swollen the ranks of rebels fighting to topple President Bashar al-Assad”.
The report noted that during “his previous visits to Syria — in March and in May — [Dr.] Beres said he had dismissed suggestions the rebels were dominated by Islamist fighters but he said he had now been forced to reassess the situation”.

The 71-year old surgeon who spent two weeks treating the wounded in the battle-torn city of Aleppo also came to another astounding conclusion: the purpose of the jihadi groups in Syria was not just to topple the government of President Bashar al-Assad, but to establish an Islamic state as part of a larger global project.

“It’s really something strange to see,” said Dr. Beres. “They [the rebels] are directly saying that they aren’t interested in Bashar al-Assad’s fall, but are thinking about how to take power afterwards and set up an Islamic state with sharia law to become part of the world Emirate.”

This was not a violent insurrection by religious obscurantists as in 1982, when the Muslim Brotherhood took up arms in Hama and Aleppo without consulting their inhabitants. Rather, this was a popular movement that was finding its way, learning from its mistakes and winning support.

Some backing came from foreign powers, which assisted the transformation of a popular and non-violent struggle into an armed uprising more like Hama in 1982 than Dera'a in 2011.

The outsiders, with their own objectives, provided rifles, ammunition, communications equipment, military vehicles and combat advice to young men who lacked the discipline and patience for a long-term, non-violent and democratic struggle.

The contending forces met head-on in Homs, whose citizens lost their houses and the previous harmony among communities.

Syria and its Iranian ally are once again under imminent threat. The United States and Israel make no secret of their goal to bring down both the Damascus and Tehran regimes. No doubt some Israeli strategists believe that it would be greatly to their country’s advantage if Syria were dismembered and permanently weakened by the creation of a small Alawi state around the port-city of Latakia in the north-west, in much the same way as Iraq was dismembered and permanently weakened by the creation of the Kurdish Regional Government in the north of the country, with its capital at Irbil. It is not easy to be the neighbour of an expansionist and aggressive Jewish state, which believes that its security is best assured, not by making peace with its neighbours, but by subverting, destabilising and destroying them with the aid of American power.

The United States and Israel are not Syria’s only enemies. The Syrian Muslim Brothers have been dreaming of revenge ever since their attempt 30 years ago to topple Syria’s secular Ba‘thist regime by a campaign of terror was crushed by Hafiz al-Asad, Syria’s President at the time. Today, the Muslim Brothers are repeating the mistake they made then by resorting to terror with the aid of foreign Salafists, including some Al-Qaida fighters flowing into Syria from Iraq, Lebanon, Turkey, Jordan and other countries further afield. The liberal members of the Syrian opposition in exile, including several worthy academics and veteran opponents, are providing political cover for these more violent elements.

- The tragedy of this pathetic cycle of events is that the Assad regime is horrible and its secret police thugs have tortured and murdered thousands of innocents, its personnel have committed war crimes and Syria's civil war is consuming a generation who should be building a nation rather than destroying it.