Muller has criticized Al Gore in the past as an "exaggerator," has spoken warmly of climate skeptic Anthony Watts, and has said that Steve McIntyre's famous takedown of the "hockey stick" climate graph made him "uncomfortable" with the paper the hockey stick was originally based on.

So in 2010 he started up the Berkeley Earth Surface Temperature project (BEST) to show the world how to do climate analysis right. Who better, after all? "Muller's views on climate have made him a darling of skeptics," said Scientiﬁc American, [3] "and newly elected Republicans in the House of Representatives,who invited him to testify to the Committee on Science, Space and Technology about his preliminary results." The Koch Foundation, founded by the billionaire oil brothers who have been major funders of the climate-denial machine, [4] gave BEST a $150,000 grant...

Using a novel statistical methodology that incorporates more data than other climate models and requires less human judgment about how to handle it (summarized by the Economist here [6]), the BEST team drew several conclusions:
The earth is indeed getting warmer. Global average land temperatures have risen 0.91 degrees Celsius over the past 50 years. This is "on the high end of the existing range of reconstructions."
The rate of increase on land is accelerating. Warming for the entire 20th century clocks in at 0.73 degrees C per century. But over the most recent 40 years, the globe has warmed at a rate of 2.76 degrees C per century.
Warming has not abated since 1998. The rise in average temperature over the period 1998-2010 is 2.84 degrees C per century.
http://motherjones.com/kevin-drum/2011/10/climate-skepticism-takes-anoth...

Muller’s stated aims were simple. He and his team would scour and re-analyze the climate data, putting all their calculations and methods online. Skeptics cheered the effort. “I’m prepared to accept whatever result they produce, even if it proves my premise wrong,” wrote Anthony Watts, a blogger who has criticized the quality of the weather stations in the United States that provide temperature data. The Charles G. Koch Foundation even gave Muller’s project $150,000 — and the Koch brothers, recall, are hardly fans of mainstream climate science.

So what are the end results? Muller’s team appears to have conﬁrmed the basic tenets of climate science. Back in March, Muller told the House Science and Technology Committee that, contrary to what he expected, the existing temperature data was “excellent.” He went on: “We see a global warming trend that is very similar to that previously reported by the other groups.” And, today, the BEST team has released a ﬂurry of new papers that conﬁrm that the planet is getting hotter. As the
team’s two-page summary ﬂatly concludes, “Global warming is real.”
http://www.washingtonpost.com/blogs/ezra-klein/post/a-skeptical-physicis...

...For investors in particular, the implications are huge. While there are many arguments in favor of clean energy, water and sustainable agriculture - for instance, energy security, economic growth, and job opportunities – we at DBCCA have always said that the science is one essential foundation of the whole climate change investment thesis. Navigating the scientific debate is therefore vitally important for investors in this space...

The paper's clear conclusion is that the primary claims of the skeptics do not undermine the assertion that human-made climate change is already happening and is a serious long term threat. Indeed, the recent publication on the State of the Climate by the US National Oceanic and Atmospheric Administration (NOAA), analyzing over thirty indicators, or climate variables, concludes that the Earth is warming and that the past decade was the warmest on record...

To us, the most persuasive argument in support of climate change is that the basic laws of physics dictate that increasing carbon dioxide levels in the earth's atmosphere produce warming. (This will be the case irrespective of other climate events.) The only way that warming can be mitigated by natural processes is if there are countervailing 'feedback mechanisms', such as cooling from increased cloud cover caused by the
changing climate. A key finding of the current research is that there has so far been no evidence of such countervailing factors. In fact, most observed and anticipated feedback mechanisms are actually working to amplify the warming process, not reduce it.
www.uea.ac.uk/mac/comm/media/.../Deutsche+Bank+CRU+report

Vedr. solen: Over the last 30 years of global warming, the sun has shown a slight cooling trend. Sun and climate are going in opposite directions. This has led a number of scientists independently concluding that the sun cannot be the cause of recent global warming.
http://www.skepticalscience.com/solar-activity-sunspots-global-warming.htm

Vedr. mars: At this time, there is little empirical evidence that Mars is warming. Mars' climate is primarily driven by dust and albedo, not solar variations, and we know the sun is not heating up all the planets in our solar system because we can accurately measure the sun’s output here on Earth.
http://www.skepticalscience.com/global-warming-on-mars.htm

Amounts of warming previously thought to be safe may instead trigger widespread melting of the world’s ice sheets and other catastrophic impacts, scientists said….

Accelerating melting on the world’s ice sheets and other new observations have scientists concluding that even a two-degree Celsius rise in temperatures – a benchmark long seen as safe in global climate talks and other emissions reductions scenarios – could lead to an 80-foot rise in sea levels.

“The dangerous level of global warming is less than what we thought a few years ago,” said James Hansen, director of NASA Goddard Institute for Space Studies. “It was natural to think that a few degrees wasn’t so bad…. (But) a target of two degrees is actually a prescription for long-term disaster.”

Antarctica and Greenland are losing ice at a surprising clip, Hansen said, and methane hydrates – a potent source of greenhouse gas frozen beneath the seas – are starting to bubble up.
http://thinkprogress.org/romm/2011/12/14/386806/hansen-and-caldeira-on-s...

Men for at vende tilbage til virkeligheden :

Creationists and climate change deniers have this in common: they don’t answer their critics. They make what they say are definitive refutations of the science. When these refutations are shown to be nonsense, they do not seek to defend them. They simply switch to another line of attack. They never retract, never apologise, never explain, just raise the volume, keep moving and hope that people won’t notice the trail of broken claims in their wake.
http://www.monbiot.com/2009/09/14/answers-come-there-none/ 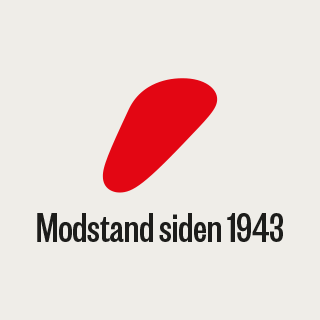