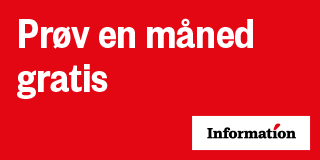 Lebanon is currently facing a major political crisis, as armed battles have erupted in multiple districts in Beirut, battles between pro-government forces and the political opposition backed by the Lebanese movement Hezbollah. Currently the Lebanese capital is divided, as opposition forces maintain a hold in West Beirut, having handed control in certain districts to the Lebanese Army, while the western-backed Lebanese government remains in lock down within government buildings.

Today Lebanon's government has maintained a contested hold on official state power in Lebanon without representation from Hezbollah or other opposition parties for over one year. This week the government announced that Hezbollah's independent communications network or telephone system operating in Lebanon as illegal, sparking the current crisis. Hezbollah's independent telephone or communications system is considered to be a critical element to the success of the Lebanese resistance to Israel in successfully halting Israel's 2006 attack on Lebanon.

Lebanon's current crisis revolves around pointed divisions on the future definition for the country, a division involving countless perspectives in Lebanon, however a conflict that pits the pro-U.S. government and a Hezbollah lead opposition which opposes western intervention in the Middle East on opposite sides. Lebanon's current conflict exists within a broader political crisis in the Middle East in the context of the U.S.-backed "War on Terror", spanning from Palestine, to Iraq, to Egypt.

Samah Idriss is a co-founder of the Campaign to Boycott Supporters of Israel, a lexicographer, a literary critic who earned a PhD from Columbia University in 1991, and is editor-in-chief of al-Adab, a Lebanese arts and culture magazine based in Beirut. Samah is also deeply involved in Civilian Resistance Campaign in Lebanon that organized between people in Lebanon and internationals to provide direct aid at a grassroots level to people impacts by the 2006 Israeli attack on Lebanon. Samah Idriss spoke with Tadamon!'s Stefan Christoff concerning the current political crisis in Lebanon.

Stefan Christoff: First can you describe the current situation in Beirut?

Samah Idriss: Now everything is relatively calm. All the offices of the government-backed Future Movement in West Beirut have surrendered and many of the pro-government "fighters", many who were invited to come from Northern Lebanon, often without even knowing that they were going to fight, have surrendered to the opposition and the opposition has handed these people and offices over to the Lebanese Army.

Now that the forces from the March 14th 'movement' have lost this battle, pro-government forces claim that they weren't preparing for a war, that they aren't organizing armed militias and that they weren't instigating the fighting, while claiming that Hezbollah is acting on behalf of Iran and Syria.

So this current scenario commenced with an instigation from the western-backed government. Additionally the government wanted to kick-out a person in charge at the international airport in Beirut who is close to Hezbollah, in order to replace them with another person who would not be able to assist Hezbollah to know who travels in and out at the airport.

These two actions from the government, the declaration of Hezbollah's communication network as illegal and the attempt to oust a Hezbollah sympathetic person at Beirut's international airport, instigated the attack from the opposition, lead by Hezbollah.

West Beirut is now under the control of the Lebanese Army, after the opposition took over the party offices representing the March 14th movement. Currently it's not clear if things will develop in other areas in Lebanon such as in the Mountains, this remains unclear.

Stefan Christoff: Now concerning the way that the current situation is being reported in the western press, we are reading a basic depiction that involves armed clashes between pro-government militias and Hezbollah supporters throughout Beirut. Also there is a focus on distilling the current scenario into sectarian terms, breaking down the division as fought between Sunni and Shi'ite forces. Also you highlighted that Hezbollah or opposition forces have handed over certain pro-government offices or Future Movement offices to the Lebanese Army, which is not being widely reported in the western press. Mainstream media in North America is reporting that West Beirut is under Hezbollah's control. In this light could you offer your critiques towards the mainstream media's coverage concerning the events in Beirut within the last 48 hours, both western media and media in the Middle East?

Samah Idriss: Media that is allied with the government in Lebanon aims to present the current situation simply as sectarian strife. Equaling coverage that claims the Shi'ite are invading the Sunni West Beirut. First it's important to highlight that Beirut was never strictly Sunni, while the people who are now fighting for the opposition, many belong to Beirut, live in Beirut, a city that has never been just Sunni but a mixture of all religious sects in Lebanon. This is one critical point.

Clearly there is a strategy from the government and pro-government forces to portray Hezbollah as the outsiders, to try to portray Hezbollah as a force coming to change the nature of Beirut by bringing in Shi'ite elements, Iranian elements, Persian elements, barbarian elements, etc. All oriental stereotypes that mainstream western media and some mainstream Arab media will quickly adopt. Not certain however that this portrayal for Hezbollah could work in the Arab media because Hezbollah is widely respected as the major defender for the Arab cause, for the Palestinian cause.

Across the Middle East the mainstream Sunni populations don't view Hezbollah or it's leader Hassan Nasrallah as a sectarian leader or simply a Shi'ite leader. However the mainstream pro-government media in Lebanon attempt to portray Hezbollah as completely a sectarian movement, in tune with the political lines fostered by the governments of Saudi Arabia, Egypt, Jordan, France and the U.S. Government forces in Lebanon claim they represent a peaceful vision for the country with their common slogan, "I Love Life", while claiming that Lebanon is being invaded by the violent Hezbollah now in West Beirut.

Although the opposition, lead-by Hezbollah, is allied with the General Labor Confederation, the opposition has not presented a solid economic critique of the government. Unfortunately Lebanon's economic reality and it's impacts economically on people don't rank very high in the priorities put forward by the opposition. This is a major pitfall from the Lebanese opposition today.

Stefan Christoff: It could be argued that the motivation for the youth to take the streets to participate in the current clashes is directly connected to the lack of opportunities economically or for employment today in Lebanon today. Could you comment on this?

Samah Idriss: Clearly the terrible economic situation plays an important role in the current clashes. However the people who are now fighting for the opposition are organized, it's not a popular uprising or rebellion in the traditional sense, the opposition is being lead by organized elements who have specific goals and a specific agenda. At the same time there are some unorganized elements who burned things randomly, however they are a minority. Broadly speaking the opposition forces are a political movement that is extremely well organized.

Also it is critical to note that many pro-government forces who fought against the opposition in recent days, were people traveled from extremely impoverished areas like Akkar in Northern Lebanon, lead by the Future Movement to Beirut who was offering money to impoverished people to fight against opposition forces in Beirut. In certain cases people coming from Akkar weren't even aware prior to arriving in Beirut that they were coming to the capital to fight, thinking that they were coming to Beirut to fill labor positions, these are people who were manipulated by the Future Movement.

Many people from Akkar in this context quickly surrendered to opposition forces in West Beirut, declaring on local T.V. and radio that they weren't aware that they were being lead by pro-government forces, mainly the Future Movement, to Beirut to fight the opposition. Also some youth who fought for the opposition forces were lead to fight with money, however this is a minority. However it's important to recognize that the terrible economic situation in Lebanon is leading people to fight in multiple cases.

Unfortunately now people are not speaking about issues facing workers today in Lebanon, the critical economic issues that the General Labor Confederation put forward have been lost in the mainstream discussions surrounding the violence of recent days, while economics played a critical role in creating the current situation.

On an international level, obviously this government is allied with the U.S., with France, with Saudi Arabia, with Egypt, viewing itself as part of the U.S. or E.U. political agenda in the Middle East, that they put forward with the empty slogan, "I Love Life", in Lebanon. Today the government presents itself to the west as fighting a Syrian and Iranian axis that is based on a culture of martyrdom or a cultural of death, as the government claims, while the current government represents western values in Lebanon, values put forward with empty slogans that utilize words like, 'freedom', 'sovereignty' and 'independence'.

Actually the government also uses language to present Hezbollah as somehow an external force to Lebanon, using similar language that we use in Lebanon to describe Israeli forces. While at the time when a real external threat invaded Lebanon in 2006, the Israeli army, the current government did nothing to resist, contrary to their slogans about 'sovereignty', 'independence' and 'freedom'.

Given this context it is clear why Hezbollah, as expressed by a press conference given the Hassan Nasrallah this week, was outraged by the government's decision to attempt to dismantle this telecommunications network, that without a doubt assisted in saving Lebanese lives during the 2006 Israeli attack