Europe is facing the worst refugee crisis the world has seen since the Second World War. With the Syrian conflict now in its fifth year, displaced people are increasingly turning to our continent for protection and help. More and more are dying in their desperate attempts to flee war and persecution. Yet with each passing month Europe has done too little, too late. We are experiencing a refugee catastrophe, but unwillingness to act has also unveiled a serious political crisis.

Despite our troubled past, Europe must now show that it is a united continent built on the principles of solidarity, equality and liberty.

On the 14th of September, ministers of the EU member states will meet in Brussels to negotiate solutions to the crisis. Today, Europe’s leading newspapers unite in an appeal by which we urge our leaders to grasp the opportunity and to take decisive action to deal with this humanitarian tragedy and prevent further loss of life.

We call on our political leaders to:

Establish simple, safe and practical ways for refugees to seek asylum in Europe without risking their lives to come here. This is the best way to eliminate human trafficking and reduce casualties.

Show solidarity toward the countries at Europe’s outer borders, where refugees and migrants first arrive, by funding and organising a safe, dignified and coordinated reception system at Europe’s edges with a fast and fair assessment of applications for asylum.

Suspend the Dublin agreement which return asylum seekers to their first point of entry, so long as large numbers of refugees continue to arrive in Europe.

Support a fairer distribution of refugees among EU member states. All European countries must participate in a relocation programme far more ambitious than we have seen so far. The UN High Commissioner for Refugees, António Guterres, has suggested that Europe takes responsibility for 200,000 refugees. This should be the starting point of the discussions.

Increase financial and humanitarian aid to Middle Eastern nations affected by the Syrian conflict. An aid package must cover not only the immediate needs of food, water and medical supplies, but should commit Europe to helping rebuild local communities in the long term, thereby offering people in the Middle East hope and opportunities for a safer and better future in their own countries.

Put increased pressure on other key international players, such as Iran, Russia, Saudi Arabia, Turkey and the United States, to do their utmost to bring the parties in the Syrian conflict together for UN-led peace negotiations.

Our leaders must show courage and insight if they are not to fail this test of our shared European civilization. We need to act, and we need to act now. 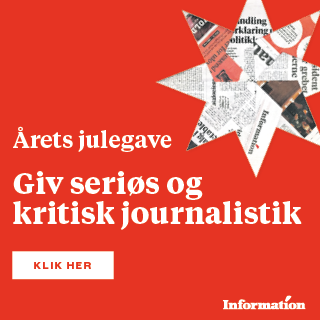 All that is solid is melting. I can not disagree on any single humanitarian point of view expressed in this S.O.S sent by a Dane whose country is in the hands of neo-fascists a la Hungary.
We are back to the point zero since the collapse of Lehmann Brothers in 2008. The neo-liberal disorder is exended to threat the Syrian refugees in their first, second, third, etc. (Turkey, Greece, Hungary and now Denmark) so-called "safe" destinations.

Irak and Syria are failed states, Greece has economically collapsed, Turkey is on the edge of a civil war, Hungary is as you know, Denmark is commiting suicide and can not be recognized as a human and civilized state. WHO is to blame?

And where is the dotted line to sign on?

Jeg kan ikke finde andet end denne her... er der et sted hvor millioner af mennesker kan skrive under????? paa at vi skal modtage flere flygtninge ????
-
Cant find the dotted line to sign on... I am sure there are millions who want to sign ... where is that dotted line ????